Do you require a pair of glasses to see better? It’s not something you’ll necessarily think about day-to-day but it’s a relevant question. You don’t want to find out too late that you failed to see something on the road when driving or realize that you have poor vision that’s holding you back. Here are different ways to tell when you might need a pair of glasses.

When thinking about the signs that you may need glasses, the most common one is where you cannot see something that you’d expect to see without difficulty.

A good example of this sitting in the back row of a classroom or the rear seats in a movie theater, and then realizing that you’re struggling to see what’s on the chalkboard or movie screen. At that point, you might be wondering why, so it’s sensible to get an optician’s test performed.

Overly Tired Eyes at the End of the Day

Maybe you sit at a computer all day and notice that your eyes are fatigued by the middle of the afternoon or upon leaving the office?

If you’re rubbing your eyes or trying out eyewash solutions but they aren’t fixing the problem, then it might suggest that your eyes are overworked due to vision impairment. The longer that persists without taking action, the greater strain you’ll be putting your eyes under, which isn’t good for the long-term.

If you have tired eyes, figure out the root cause as quickly as possible. It could be through a lack of sleep, but there might be other reasons.

When you’re a driver but you’re finding it difficult to read license plates or road signs at a certain distance, then it could be a good indicator that you have a nearsightedness problem.

Whilst your eyes might see close-up objects perfectly like the dashboard, mileage counter, and so forth, seeing objects into the distance is a separate issue. It’s possible to have one eye that has this issue and another that finds close up detail problematic. In which case, your eyes are being seriously challenged in multiple ways.

Another sign that may seem unrelated is getting frequent headaches.

Now, of course, there can be many reasons for developing headaches. However, when the eyes are straining to see, especially for objects that are nearby, then that’s a telltale sign that they could be related to vision problems.

Bad night vision including not being able to pick out darker objects can create difficulties for drivers. This may cause them to avoid driving after a certain time to avoid the issue.

It’s a good idea to get your eyes checked out thoroughly if this has become a problem for you. It could indicate that you need glasses or that cataracts are developing, which is linked to this type of vision issue.

Don’t leave it too late to get some glasses if you feel the need for them. It’s better for your optical health and could avoid a mishap.

How To Restore The Moisture Content Of Your Face
Next Post: Fashion Boutique or Department Store: Which Do You Prefer?

Hi! My name is Rachel (right) and I manage Fashion Phases alongside my talented sister Sabrina (left). Just prior to starting our blog, we both took time off work to travel across the world together and stay in many unique places. During this time we both learned a lot about fashion, beauty, and the way of life in each country. Now we have come back with even more of an interest and knowledge in the beauty industry Read More… 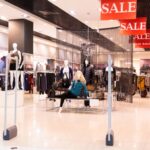 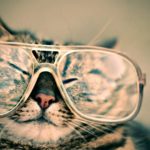 Do you require a pair of glasses to see better? … 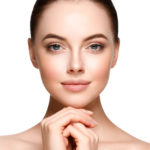 Keeping your skin hydrated can help you to avoid …

Hi! My name is Rachel (right) and I manage Fashion Phases alongside my talented sister Sabrina (left). Just prior to starting our blog, we both took time off work to travel across the world together and stay in many unique places. During this time we both learned a lot about fashion, beauty, and the way of life in each country. Read More…